In June 2021 public pension plans reported $6.45 billion in commitments to private equity funds according to data tracked by Nasdaq eVestment. The total represents 111 commitments from 37 pension plans. June was the third highest month for commitments in 2021 trailing March ($10.8 billion) and April ($9.0 billion). Notably the average bitesize of commitments reported in June, $58.1 million, was the lowest average seen in in any month year to date.

San Francisco ERS (SFERS) reported seven commitments in June across a mix of buyout, growth equity, and venture capital funds for a total of $280 million. The largest commitments reported was an $80 million allocation to Hellman & Friedman Capital Partners X, the ninth investment that the plan has made to the mega fund manager. The pension plan also committed a total of $75 million to Insight Partners across two fund vehicles. On the venture capital side SFERS reported a $35 million allocation to Vida Ventures III.

At the opposite end of the commitment sizing spectrum was Merced County who reported two $8 million commitments. The allocations were made to Nautic Partners X and Genstar Capital Partners X.

The previously mentioned Hellman & Friedman and Insight Partners were the top destinations for commitments reported from public plans in June with the managers receiving $605 million and $545 million respectively.

A handful of first-time funds including Percheron Capital Fund I, Seaside Equity Partners I, and Screendoor Partners also saw pension plans report commitments in the month.

Read the full special mid-year edition of the Private Markets Monthly Monitor to understand how public plans allocated through the first half of the year and how they plan to commit capital moving into the second half of the year. 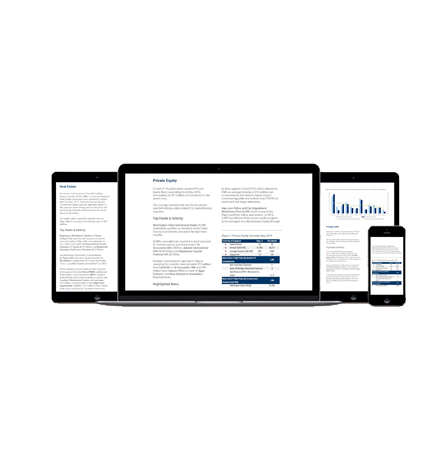